Shopify Versus WooCommerece: A Detailed Comparison 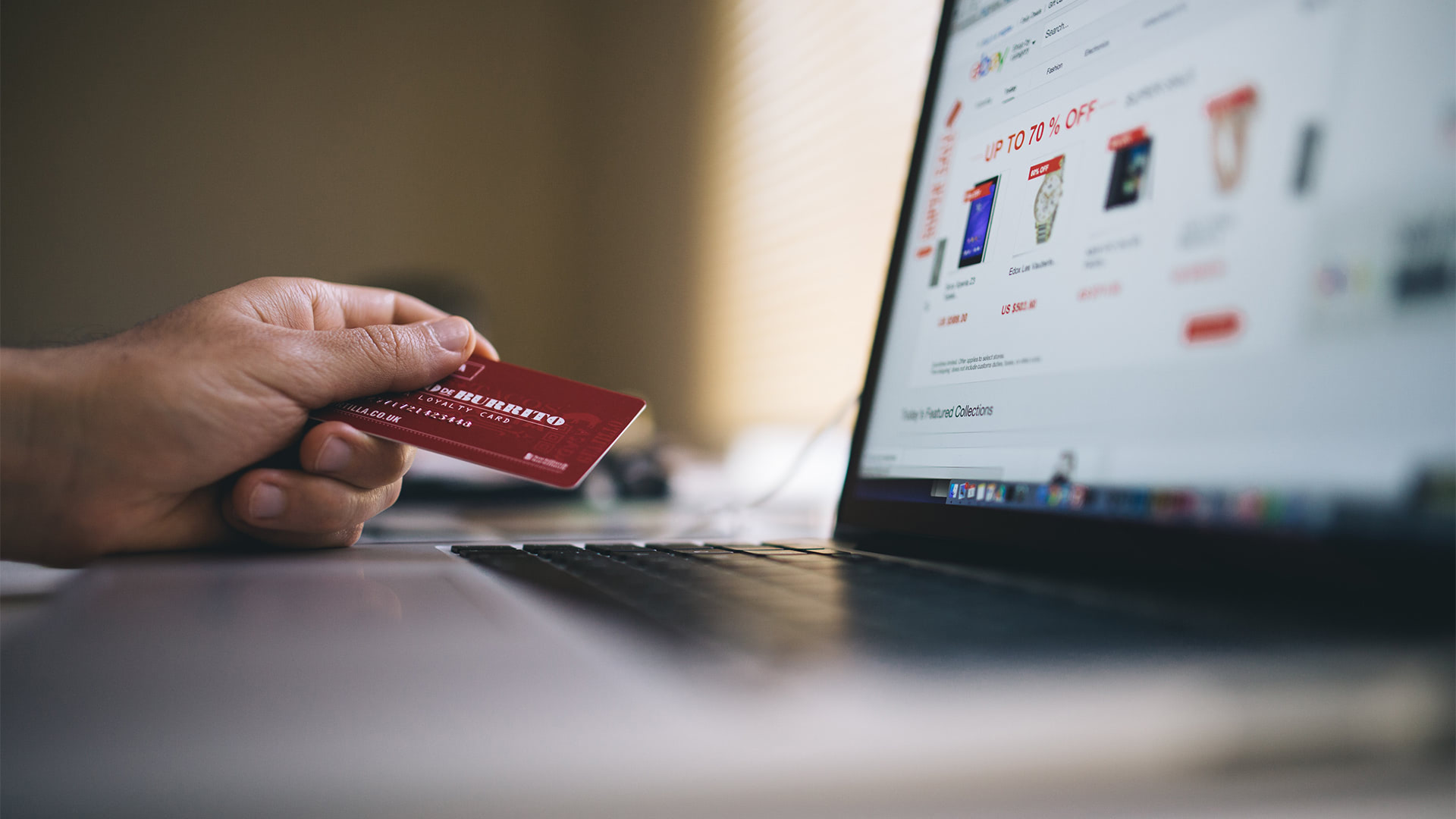 WooCommerce vs. Shopify: Which is Better?

The question is, which one is better for your business: Shopify or WooCommerce?

This article will help you answer that question through a WooCommerce vs. Shopify comparison. We’ll review the key similarities and differences between the two platforms to help you figure out which one is a better fit for you.

Shopify is a comprehensive SaaS (software-as-a-service) eCommerce platform that has everything you’ll need in order to sell online, from inventory management to payment gateways. The platform is reasonably robust and reliable despite essentially being an out-of-the-box solution.

The main selling point of Shopify is that it’s incredibly easy to use. Without any coding or design experience, you can create a professional-looking eCommerce website in less than a day using themes and templates. Shopify even walks you through the entire process.

Because it’s a SaaS platform, it’s also cost-efficient to set up a Shopify store. You don’t need to worry about developing the store or looking for a hosting service. Shopify does all of that for you. It also updates the software automatically, so you can always get the best security and caching features for your website.

The pricing scheme of Shopify is reasonable, starting at $29/month for the basic version. This includes the website hosting, domain name, and SSL certificate. Once your site grows and your traffic increases, you can upgrade to more robust plans such as Advanced Shopify.

Shopify does charge quite a steep flat fee if you use an outside payment provider. The good news is that the platform has its own payment system (called Shopify Payments) which is more reasonable.

WooCommerce is not a platform per se, but a third-party plugin that can turn any WordPress site into a full eCommerce store. It’s easy enough to install and manage via the WordPress CMS.

The main draw of WooCommerce is that it gives you the ability to customize your website entirely.

The problem is that doing this involves a steep learning curve, so you’ll have to either do it on your own (which takes time) or hire someone to do it for you (which costs money). You also need to manage most aspects of your website, such as security and maintenance.

WooCommerce is, therefore, not a particularly beginner-friendly platform, especially if you don’t have the budget to hire outside help.

It’s open-source, meaning getting the code for it is free. Combined with the low cost of using WordPress, it is theoretically an inexpensive way to have an eCommerce website. However, you’ll need to pay for things like hosting and development work, which can offset the free cost of WooCommerce.

However,  WooCommerce doesn’t charge percentage fees per transaction like Shopify does (because, again, it’s open-source). That makes the WooCommerce/WordPress combo particularly attractive for scaling your online operations.

Before we compare Shopify vs. WordPress for dropshipping and eCommerce, it’s worth noting what both of them can do.

Let’s cover the basics first. Both Shopify and WordPress using WooCommerce allow you to sell virtually anything—physical items, digital products, services, subscriptions—you name it. There’s no limit on the number of items or products you can have in your store, which is great for scaling your operations.

You also have complete control over your pricing and sales with Shopify and WooCommerce. Promos and sales events can quickly be done on these platforms with coupons and discount codes. You can also adjust shipping and tax rates just as quickly.

Shopify and WooCommerce sites are also configured to be mobile-ready, so they’ll look and work great on smaller screens from the get-go.

In terms of core capabilities, both platforms are up to par when it comes to managing your store. Which you choose will then depend entirely on your preference and unique situation.

With the similarities out of the way, here are the key differences between the two platforms.

Pricing is one area where WooCommerce has a leg up over Shopify because the former is open source and free. Shopify operates on a subscription model, which starts at $29/month. They do have a free trial, though, if you want to test their platform.

Apart from pricing, there’s also the issue of other fees when you’re trying to compare Shopify vs. WooCommerce. Transaction fees are one of the most significant disadvantages when you’re using Shopify, as they charge a considerable percentage for card transactions.

When comparing Shopify vs. WooCommerce, conversion rate (or how likely a visitor is to buy from your store) will always be an essential consideration. And while much more goes into successfully converting customers than your eCommerce platform, it can play a role.

Of the two, Shopify has an advantage because it already has built-in tools that help with conversion rates, like SEO features, analytics, and beautiful themes. Theoretically, WooCommerce can also achieve the same things (if not more). However, it often involves installing third-party plugins that might cost you more.

A fundamental difference between the two platforms is how they’re structured. WooCommerce is self-hosted. That requires you to manually install and configure WooCommerce. Shopify, on the other hand, uses a SaaS subscription model.

This difference in structure drives the essence of whether you should pick Shopify vs. WooCommerce. Dropshipping websites with large sales volumes that need heavy customization will be better off with WooCommerce. Shopify is preferred for beginners or owners of smaller, simpler shops.

When it comes to customer support, Shopify is the clear winner. Because it’s hosted, they know their service inside and out and can help fix most issues quickly. Shopify also provides 24/7 support via every channel for peace of mind anytime.

WooCommerce does have a wealth of documentation, tutorials, and experts to help you out. However, because it’s self-hosted on your system, you’ll end up having to implement fixes yourself. Fortunately, you can hire developers to help you, but that will cost you additional money.

The issue of security is an important but sometimes overlooked, consideration when comparing Shopify vs. WooCommerce. WordPress certainly has its own security protocols and features, which naturally extends to your WooCommerce store. However, you’ll be responsible for maintaining and updating these to stay on top of security.

Shopify is just as secure with features like SSL and PCI DSS compliance. Of course, the added advantage is that you don’t need to worry about it at all. Just make sure your password is strong to make your Shopify account less susceptible to hacks.

Shopify vs. WooCommerce: Which is Better?

As you can see, both Shopify and WooCommerce are powerful platforms in their own right, each with its pros and cons. Picking the right platform boils down to your needs and preferences.

WooCommerce is preferred for complex eCommerce operations that need heavy customization. If your website already uses WordPress, Shopify vs. WooCommerce leans more towards the latter because it’s much easier to integrate and plugin than creating a separate store. However, you should also know that creating a highly customized WooCommerce site requires development time and cost.

Shopify is the best platform if you want to get your eCommerce store up and running with minimal fuss. It’s incredibly cost-efficient to set up because you don’t need to worry about hosting and website design costs. Because you can’t customize your shop that much in Shopify, it’s suited more for small and medium-sized businesses with simpler operations.

Hopefully, this article has given you a general idea of which platform is best for you. However, if you’re still unsure which one is right for your business, some expert advice from an agency like Expedition Co. might help.

We can evaluate the goals of your eCommerce business and guide you toward the platform that’s the perfect fit. If you’d like to know more, get in touch with us today to discover what our web development agency can do for you.