The Difference Between C++ and Python | Expedition Co 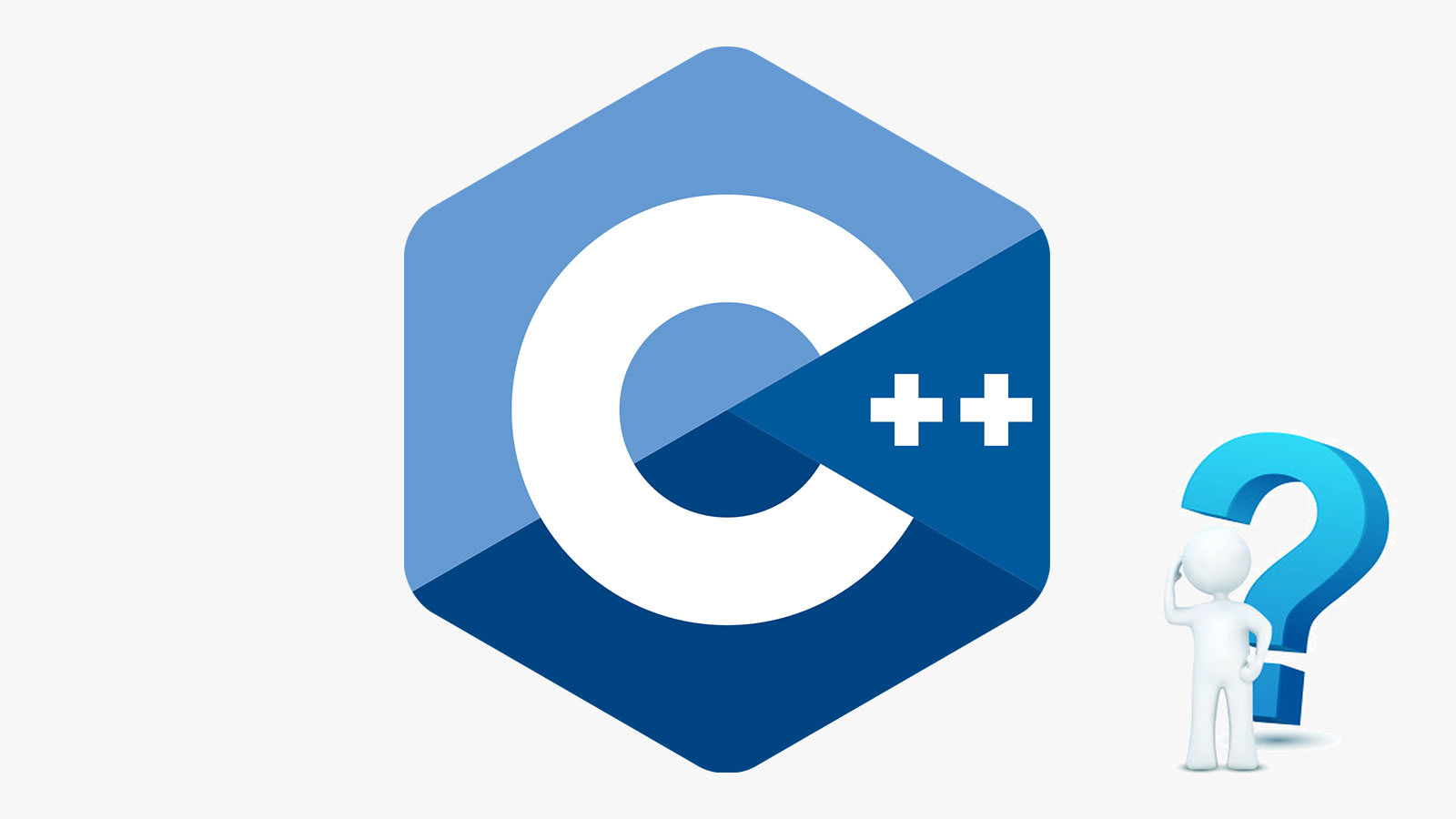 Ask any old-school programmer which language they hold in high regard, and many will say C++.

C++ is one of the most powerful and widely used languages at your disposal. It’s a general-purpose language that you can use to build almost anything you can think of. You might not know it, but C++ makes your everyday life possible.

In this article, we’ll discuss more about this beloved language, then answer an important question: “What is C++ used for?” We’ll also explore why the language is notoriously difficult to master and why it’s worth overcoming this learning curve.

C++ is perhaps one of the most popular programming languages today. It’s a general-purpose language that can be used for everything from games to scientific applications.

Bjarne Stroustrup developed C++ to extend the capabilities of its predecessor, the C language. Among many things, it added an object-oriented approach, making it similar to modern languages like Java.

One of the key features of C++ is that it sits very close to the machine. In other words, it can directly access the underlying hardware, unlike other languages. Because of this, C++ programs are some of the fastest compared to other languages. Developers can also fine-tune the software to run efficiently even with limited memory or processing power.

Indeed, one of C++’s greatest strengths is its excellent memory management. It’s one of the few languages that explicitly allow programmers to allocate and free up memory at runtime. This opens up plenty of possibilities beyond making programs run faster and more efficiently. However, it’s an advanced technique that can cause programs to crash if not done right.

C++ is a compiled language, meaning the source code needs to be transformed by a compiler into an executable that the end-user can run. This contrasts with languages like Javascript, which are interpreted at runtime. One advantage of compiled languages like C++ is that the source code is “hidden” from users. This allows you to keep proprietary algorithms private and protect any security vulnerabilities that hackers can exploit.

C++ is a multi-paradigm language that allows developers to pick their programming style. For instance, you can use its classes for object-oriented programming. Or, you can also use a more procedural approach.

To better understand what C++ is, it’s useful to compare it with another popular language: Python.

The big difference between C++ and Python is that the former is an interpreted language. Its interpreter handles many of the complexities of a compiled language like C++. Thus, when you’re comparing Python vs. C++ speed, the latter will be the clear winner.

Another factor in the C++ vs. Python comparison is their data typing. Python is dynamically typed, which means a variable’s data type is determined at runtime. In contrast, C++ is statically typed. Thus every variable type must be explicitly defined at compilation.

Here’s an interesting tidbit: what language is Python written in? As it turns out, Python’s interpreter is written in C, which is the predecessor of C++.

Of course, at this point you’re most likely asking yourself: “should I learn Python or C++?” To answer that question, let’s look at their learning curves.

In a word: yes. C++ is notoriously known as one of the most difficult programming languages to learn. You can see this in many computer science courses, where the introductory language will often be a “relatively easier” language like Java or Python.

C++’s stiff learning curve is partly due to its inherent power. The language’s multi-paradigm nature, memory manipulation, and capabilities mean you need to understand them much more deeply to maximize them.

The truth is that C++ was built for efficiency and not ease of use. So why is Python a good first language? The answer is simple: Python puts readability above all else.

Speaking of readability, C++’s syntax is also another factor in its stiff learning curve. It’s not very intuitive for someone not used to coding, as it doesn’t read like natural language. It also has confusing parameter passing rules and template semantics.

But dedicating the time and energy to learning C++ will pay dividends. First, it can teach you important programming concepts that you can take with you throughout your software development career. Not to mention, you’ll gain the confidence of knowing how to code in C++. This is why learning Java or Python for C++ programmers can be significantly easier despite the different syntax.

Learning C++ will also give you insights into how hardware and software work together. This “under the hood” knowledge is very valuable, no matter which tech sector you wish to pursue.

C++ is such a ubiquitous language that the better question to ask is, “what is C++ not used for?” And we’re willing to bet you’ll be hard-pressed to answer that one.

C++ is everywhere, used in almost every industry and software you can think of.

The mobile device or desktop you’re viewing this on will likely have C++’s influence on it. That’s because C++ is the primary language for coding operating systems like Windows and iOS. And that’s thanks to C++’s excellent memory management, resource handling, and “closeness” to the hardware – all important characteristics of any modern OS.

The chances are that you’re reading this article on a web browser. And, you guessed it, most of them are also written in C++. Speed is essential for a fantastic web experience, and C++ programming ensures minimal overhead.

Another great use of C++ is in video games. Today’s titles are some of the most advanced and resource-intensive applications software in existence. Not only do they need to draw millions of polygons on-screen, but they also need to handle game logic and multiplayer sessions. The key to pulling this off is smart memory allocation and execution speed – something that C++ possesses.

And it’s not just the games themselves – advanced game engines are also built using C++. Examples include Unreal Engine and Unity. Next-gen consoles like Playstation and Xbox also rely on C++ programming. Virtual reality (VR) and augmented reality (AR) games also need C++ due to the volume of data involved.

The flexibility of C++ becomes even more clear when you realize that it also powers many embedded systems and IoT (Internet of Things) devices. For example, the software that runs your car, smart fridge, TVs, and appliances are mostly written in C++.

Indeed, C++ is so reliable that it’s often used in mission-critical applications. For example, the flight software that runs a commercial airplane runs on C++. So is the software behind medical devices such as an MRI machine. And when you can make a call halfway across the world, C++ systems are responsible for that.

C++ is also the building block of database systems like MongoDB and MySQL. And since every Internet service and company, from Netflix to Amazon, relies on databases, it’s safe to say that C++ is the backbone of our modern world.

The finance and banking sector is also a major C++ sector. Despite the popularity of other languages like Java and Python in this sector, C++ is still used for the number-crunching and processor-intensive aspect of financial services.

Finally, C++ is also the programming language of the sciences. Physicists use it to analyze data on subatomic particles. C++ is also the language that powers the International Space Station and the Mars Rover.

Is C++ Right for My Project?

With such an impressive track record and capability, you may be wondering whether you can just use C++ for all of your projects.

Well, you certainly can if you want to. However, as we’ve stated before, C++ is not an easy language to pick up. If you and your team are already well versed in C++, go for it. But if you’re thinking of investing the time and manpower to bring C++ to your project, then you need to assess first why you need it in the first place.

Because while most projects can be used with C++, not all will benefit from it.

If you’re creating a mission-critical software where speed and security are paramount, then C++ should be at the top of your list. It’s why “middlemen” software like browsers and operating systems use C++.

However, if you’re only coding simple to intermediate-sized projects, C++ might be overkill. The detailed coding can make C++ programs incredibly complex, stretching development times and costs. Also, C++’s biggest strength – memory management – can be a security flaw if not programmed properly.

The bottom line is this: figuring out where your project lies between the performance and development speed spectrum is key. If you value a faster and less complex development time, C++ might not be the answer. You’re better off with higher-level languages like Python.

Of course, there are some areas where C++ is simply not an option. For example, in web development, C++ is never used for front-end development. Languages like HTML and Javascript are much more appropriate in that regard.

The truth is that web development has its own slew of programming languages to choose from for both the client and server-side. Unfortunately, it isn’t always easy to pick out the right tool for the job – and that’s where an experienced web development agency like Expedition Co. can help.

Expedition Co. is not just a “gun for hire” – we aim to be true collaborators in bringing your vision to life. So if you’re looking for expert web development services for your next project, get in touch with us today. Let’s start a conversation.