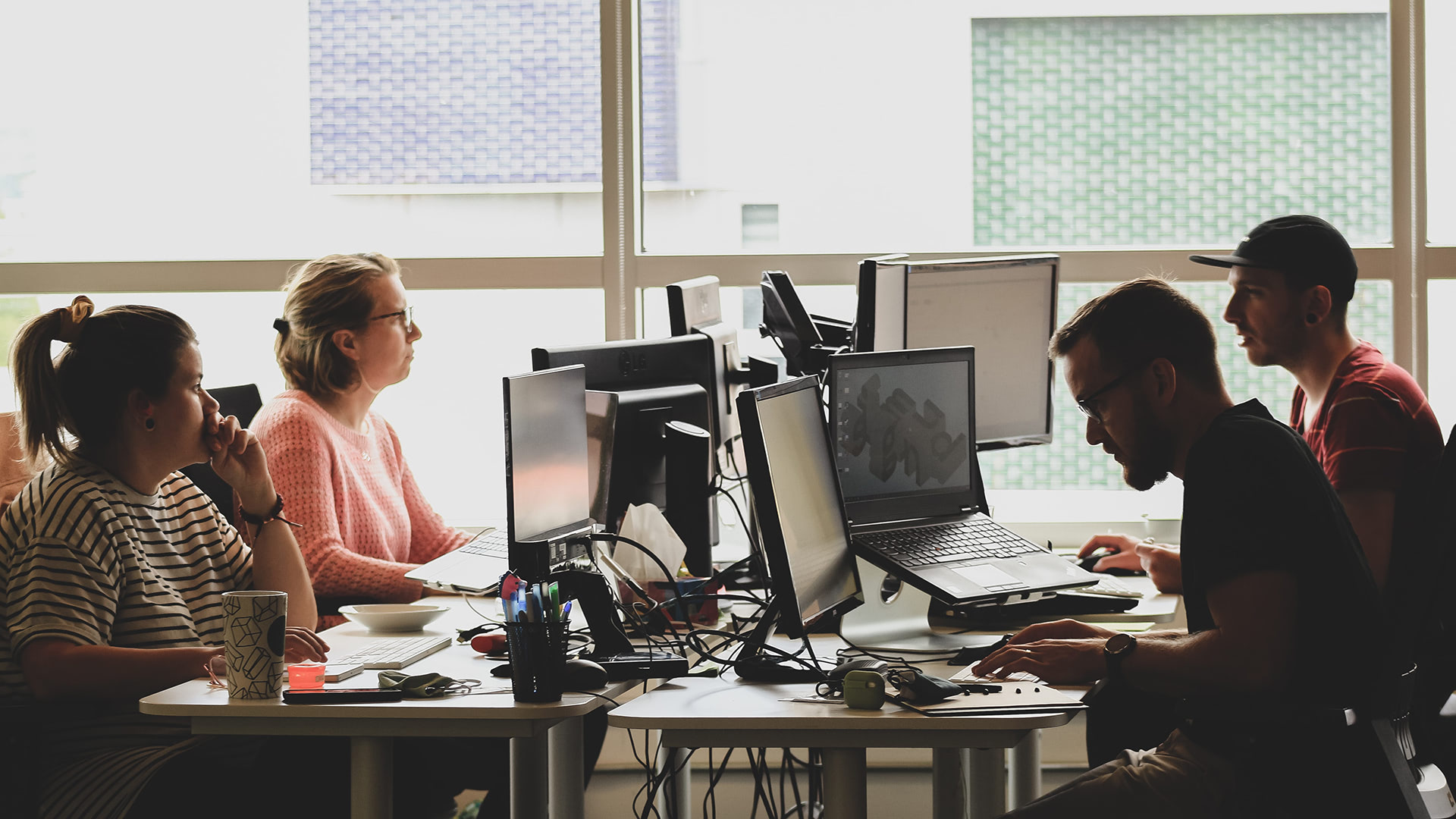 In today's interconnected world, businesses have access to a vast global talent pool unlike they have at any other time in history. With companies outsourcing everything from customer service to marketing, it was only a matter of time before software development could be outsourced as well.

Apps, websites, and systems are now increasingly being outsourced to third-party companies in foreign countries – a process called offshore software development. But, is delegating such an important business task a good idea?

This article will discuss the pros and cons of offshore software development services and whether it's the right move for your business.

What is Offshore Development?

Offshore software development is outsourcing all or parts of a software's production or maintenance tasks to an independent developer or agency, regardless of geographic location. Often, the third-party is located in a far-off country; hence the term "offshore."

The main reason for offshoring development to foreign entities is to lower costs. For software companies in North America or Europe, hiring local developers can be expensive. Outsourcing leverages the low labor costs in other parts of the world, especially developing countries like India and the Philippines. Hiring freelance developers or firms from these nations can lower talent fees while still keeping output quality relatively high.

Offshoring is also a viable tactic because today's complex software projects require more than just developers and programmers. Graphic artists, UI designers, analysts, database designers, even marketers – these are all critical roles in any software project. The problem is that most tech companies can't afford to have these professionals on their payroll, making offshoring a fantastic solution.

The level of "offshoring" varies from project to project. You can undoubtedly award the entire project to an outside developer if that works for you. But more often, firms delegate only portions of a project. Perhaps they assign mundane areas of the project to outside developers, freeing their internal teams to work on the critical modules. Monitoring and maintaining the software once it's up and running can be outsourced as well.

Larger companies like Apple and HP often set up offshoring centers in other countries instead of partnering with a local offshore software company. This move allows them complete control over their operations while still reaping the rewards of an able yet affordable workforce. Of course, establishing offshore centers is prohibitively expensive for small to mid-sized companies.

With the introduction of agile practices in software development, outsourcing offshore programming to far-flung countries is becoming challenging. It's much more efficient just to outsource a project to somewhere nearby. We'll discuss these concerns, and the many other flavors of offshoring, in the next section.

As we discussed, offshoring can be a good strategy for lowering software development costs. However, the geographic distance creates a whole new slew of issues that can negate the benefits of offshore. Cultural, business ethics, and time zone differences of offshore software developers can hinder smooth outsourcing from the get-go.

The solution? Find a developer from a nearby country – a process called nearshoring.

Nearshoring still gives software firms access to cheaper talent without the usual problems associated with time zone differences. American firms, for example, can tap into the talent pools of Mexico or even Canada. European countries have plenty of choices within the EU, from Croatia to the Czech Republic.

Some firms might even eschew offshoring altogether in favor of its exact opposite, onshoring. This is where software tasks are outsourced to a freelance developer or firm in the same country. This often happens in the US when firms hire developers from a different state.

Onshoring and nearshoring make communication between companies and developers much easier. There is no language barrier in many cases, which is a problem when a German firm outsources to China, for example. There might also be cultural similarities that can help build rapport and strengthen cooperation, as with a USA-Canada partnership. All of these can lead to faster turnaround times for projects.

However, the problem with onshoring and nearshoring is that you might not get the cheapest nor most diverse talent pool. Programmers from EU countries, in particular, might still charge beyond what their counterparts in Asia will for the same output level.

Nevertheless, outsourcing to a nearby developer can bring in much more cost and time savings, not to mention much more efficiency. In the end, the higher price is well worth it.

Pros and Cons of Offshore Developments

Let's start with the pros of offshore development:

The most significant benefit and the main reason to do offshoring is to lower your costs. The difference it can make is enormous — just look at the average salary of a programmer from the US (around $80 - $150 per hour) and compare it with someone from India (less than $25 an hour) to see what we mean.

With the global workforce as your talent pool, there is no shortage of developers, no matter your requirements. And if you work with a reputable agency, you can bank on their experience working with similar international projects without having to train them yourself.

Software development is a complex process that can take a considerable chunk of your business time and resources. By outsourcing the mundane tasks, you're free to focus on key business processes and strategies that can move the needle forward. And more than the work, you're delegating the stress of development as well.

But with everyone getting into offshore development, no one is looking closely at its many disadvantages. There are obstacles and barriers to it that, often, can be much more detrimental to your operations.

The biggest concern with offshore development is that you don't have total control over operations. In most cases, you don't or can't directly supervise the team working on your project.

Thus, there is no guarantee with the results you'll get, making offshore development inherently risky. Even if you're protected legally with a contract, you can't recover the lost time trying to fix a botched software job from an independent developer.

Lack of skills, inadequate quality assurance processes, or outdated work ethics can lead to subpar output. Be especially wary if the cost savings are incredibly low — the adage "you get what you pay for" is often true.

One of the biggest challenges with offshore software development is the time zone difference, which can hinder smooth cooperation. The lack of real-time communication, especially during mission-critical tasks, can cause unnecessary delays and errors in the development process.

It's not just time that's the problem – cultural differences can also get in the way. Work ethics, expectations, even traditions between companies and foreign developers can clash. If your software or app has cultural nuances, it can be challenging to explain this as well.

The main takeaway with offshore development is this – it won't always save you money. In the beginning, you might see cost savings due to lower talent fees. But with the other inefficiencies listed here, the downsides of failing can cost you far more.

There are certain things you can do to mitigate the risks and dangers of offshore software development.

Communication with your offshore team can undoubtedly be better and smoother these days, thanks to software tools like Slack or Zoom. Finding a common time for daily video meetings can help align everyone on day-to-day tasks. You can also limit communication barriers by sticking to countries that share your language. Collaboration software like Asana or Basecamp can be an excellent way to track tasks and progress as well.

But these "best practices" are simply band-aid solutions that only compensate for inefficiencies in offshore processes and don’t wholly address the issue. Hence, the best way to do offshore software development is to simply opt-out! The time zone and cultural differences are not always solvable, which can cause unnecessary delays. Plus, the lack of control means there's always the risk of compromising your software project's quality.

The many benefits of offshore development (lower costs, access to a vast talent pool) aren't even exclusive to this process. You can get the same perks when hiring developers in your own country while eliminating communication and cultural barriers.

So, what is the best practice to lower development costs while getting the best possible outcome? Get into smartsourcing instead - a more holistic way of outsourcing. In this approach, companies prioritize development speed, risk mitigation, and effectiveness on top of cost savings.

Smartsourcing starts with finding the right developer to partner with. One with a fantastic track record of completed projects and happy clients, plus time zone similarities and cultural compatibility.

Ready to partner with us? Contact us today, and let's have a conversation!