How Do You Create an App? (Answered) 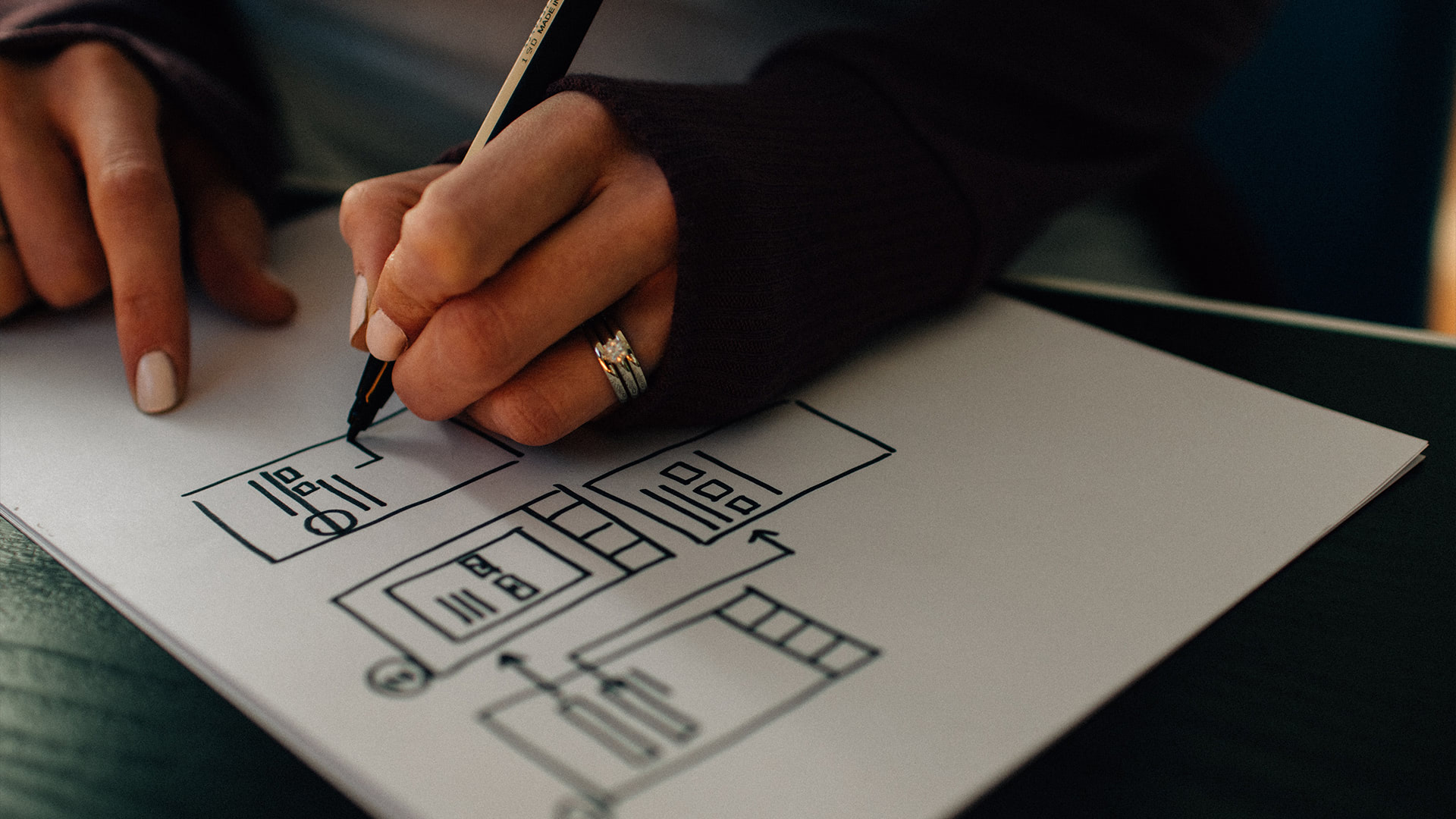 How Do You Make an App?

How do you create an app?

This is a question many people are curious about, especially in our modern world where even a ten-year-old can learn how to make an app that earns millions.

The truth is developing an app properly isn't exactly a walk in the park. There's a lot of work that goes into planning, design, and execution. However, with the right strategy and knowledge, anyone can do it.

Today, we'll discuss 10 steps detailing how to make your own app, from an idea inside your head to a working prototype in the palm of your hand.

Before you figure out how to start an app, you need to determine why you are building an app in the first place. Is it to solve a particular problem? Is it to introduce a new service or concept? Sometimes, it can be as simple as creating something that people will enjoy, like a game.

Knowing your app's goals is very important since it will define all your decisions throughout the creation process. Every feature, screen, graphic element, or user interface design you include should be in the service of your overall goal. Otherwise, your app will feel disjointed.

Ensure that your goal is something you and your team will genuinely rally behind. Believe it or not, this isn't always about making money. It can be as grand an idea as changing the world or as simple as improving customer service at your company.

Lastly, make sure your goal is well defined. It's better to build an app that does one thing exceptionally well than to have many conflicting functions that might dilute your app's purpose.

2. Sketch Out Your Idea

The next step regarding how to build an app is to put your thoughts down using good old-fashioned pen and paper.

Start by listing all the features you plan to include in your app. You don't need to be restrictive at this point; jot down whatever comes to mind. After this mini-brainstorm session, filter your list of features to those that are critical to your app's success versus those that are just nice to have but not essential.

Once you have a tentative feature list, go ahead and sketch your app layout. Draw all the possible screens, buttons, and interfaces. You can even draw out the connections from one screen to another.

Remember, your idea doesn't need to be perfect. You just need to get the ball rolling, which is what a sketch will accomplish.

3. Do a Feasibility Study

One vital but often overlooked part of how to develop an app is to do a feasibility study. Your goal in this step is to answer one simple question: will people use your app?

To help you in this step, you must conduct some market research. This involves looking at the current state of the market or niche you're aiming for. Are there existing apps out there similar to what you're trying to create? What are they doing (and not doing) well?

More importantly, you should know for whom you're creating the app. Discover their needs, desires, dreams, and problems.

The data you'll get from this step is valuable for setting your app in the right direction. It will help you avoid costly mistakes and assumptions before you even make them. More than anything, you can gauge if there is a demand for your app idea.

4. Decide on Your Development Method

One of the most critical early decisions on how to make an app is picking your development method.

There are three general methods for building your app: native, web, and hybrid. Each option has its pros and cons and isn't inherently better than the other; it all depends on the project's goals and needs.

A native app is developed specifically for a platform, like iOS or Android. It gives you the best flexibility and performance. However, native apps are also the hardest to build and maintain, requiring a developer with a high degree of coding prowess.

A web app is one that's hosted on your website. Users don't download your app but instead use a browser to access it. Web apps are incredibly fast to code and maintain since you don't need to develop for each platform. The downside of web apps is that they don't have access to the user's hardware, making some functions impossible to implement.

Hybrid apps offer the best of both worlds—they're essentially web apps wrapped in a native app "container." The biggest drawback of hybrids is they generally have slower performance than both native and web apps.

As you're preparing to go into coding and development, you need to create all the assets that your app will need. This includes all the media elements in your app, from the splash screen to the button graphics. If your app has video or animation content, this needs to be produced as well.

You'll most likely need to hire a graphic or motion graphics designer to do some of the work for you. Even if you or your coding team know how to use programs like Photoshop, your time is better spent on coding than asset creation.

If you lack both time and manpower, you can opt to use templates. The native theme for iOS apps, for example, works exceptionally well and looks up to par for simpler apps.

You should already have all the assets and blueprints you need for your project at this point in the process. This foundation ensures that the actual execution - how to code an app – will be a breeze.

Building an app requires developing both the front-end and back-end. The front-end is the user interface: the buttons, screens, graphics, and animation. The back-end is where the processing and computation happens, such as connecting to the database or executing an algorithm.

The tools that you'll use will depend on your chosen app development method. Native app development for iOS, for example, uses the Xcode and Swift integrated development environment. Web apps often use a combination of technologies like HTML, SQL, and PHP.

How to design an app can also be viewed as how to test an app. The truth is that any app or software is far from perfect when you first build it. There will be errors or mistakes, no matter how thoroughly coded. Proper feedback from your intended users is essential to improve your app, which is where testing comes in.

There are two stages for app testing: alpha and beta. Alpha is the initial testing you carry out, often done by independent or in-house testers. Their job is to catch all bugs and errors before an app is released.

Beta testing involves asking a small number of your users (called beta testers) to test your app. This type of testing is arguably much more valuable since it will tell you what your users actually think of your app. They can give you essential insights like how user friendly your app is or if it's working as intended for these users.

Now we come to the most exciting part of the app development process: launching. This step is where you finally release your hard work out to the world for people to use.

Launching your app will differ based on how you developed it. Web apps are the simplest. All you need to do is to let people know that your app is live, and they can visit your site to use your product.

For native apps, it can involve one additional step: publishing it on either the Apple App Store for iOS or Google Play and other third-party app stores for Android.

Once you've launched your app, don't expect users to flock to you right away, especially if you're a new developer. Like any product, you need to market it correctly. In fact, it's best to promote it months before you launch to create some buzz.

There are many ways to market an app, more than can be covered here. The best way to market is to create a landing page for your app. This is a website where users can learn about what your app does and why it's worthy of their time and attention. From here, you can also opt them on an email list to contact and promote to them later.

10. Get Quality Feedback From Users

Once your app is launched, and you have a sizable amount of users, your work doesn't end there. You need to actively gather feedback from users and then use it to improve and update your app's future releases.

In a way, the feedback process is like going back to the beginning of the app development process again. That's why creating an app is best described as a cycle and not a linear path.

That is the entire process of how to make an app from scratch. We hope this piece has inspired you to start work on your own projects.

Of course, building an app yourself can still be a daunting task. Why not work with an expert like Expedition Co. to do it for you? Get in touch with us today, and let's have a conversation about our mobile app development services.