How to Get Investors for an App | Expedition Co 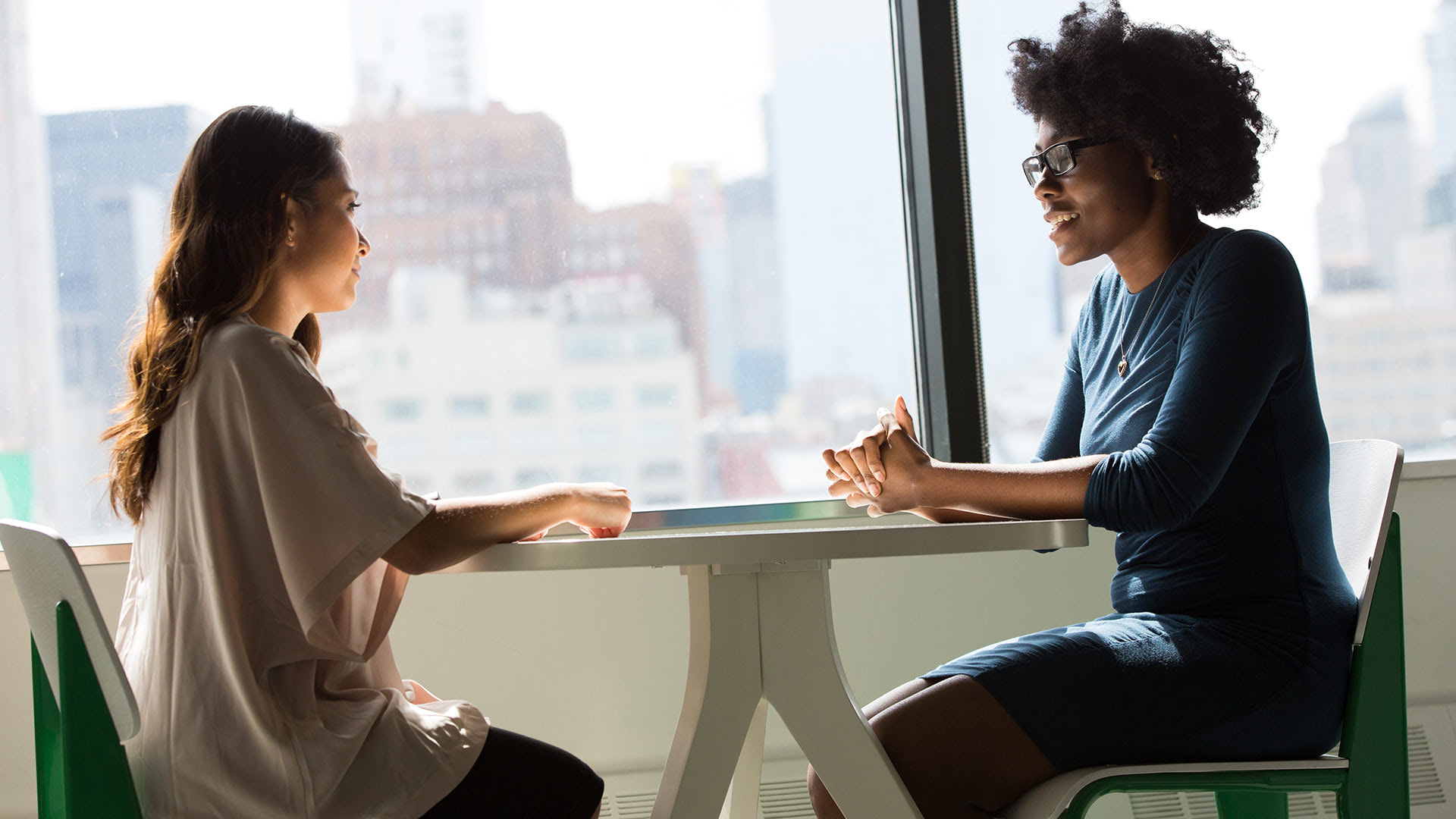 How to Find Investors for an App

One of the biggest reasons for app failure is a lack of capital.

That’s because many app founders fail to realize that developing an app is a business – it has operating costs, revenue, and a business model.

The problem is that most app developers aren’t entrepreneurs. Therefore, they find it hard to get sources of funding.

Not to worry – this article will be your guide on getting investors to pitch in on your idea.

However, before we look at how to get investors for an app, we first need to know how app funding works.

Like any business, funding an app isn’t done in one go. Instead, it’s spread out over funding rounds, which also reflects your app’s growth and valuation. The idea is that the further along your app is in development, the more mature the concept and the easier it is to get funding.

Pre-seed is the earliest stage, where the app idea is just that: an idea. Often, at this stage, the goal is to validate the app to see if there’s a great product fit with the market. Hence, the founders need pre-seed money to create and test an app prototype.

Companies at the pre-seed stage typically have a valuation of around $1 million - $3 million. Depending on the nature of the app, capital requirements are approximately $200,000 - $1 million. At this round, app investors will often come from the founders’ personal circles – friends, families, or colleagues.

Seed companies have a potentially winning app idea and are now looking to refine it further. This round is where the app is at its heaviest point of development. Any funding raised is used to hire developers, come up with additional features, and improve the core idea.

Startups in the seed round often need funding of around $2 million - $3 million. At this stage, the funding source will most likely be angel investors, crowdfunding, or venture capitalists specializing in early-stage investment.

The “series” round of funding is where venture capitalists and other serious investors start getting involved.

That’s because Series A apps are those that have a proven product-market fit. Typically, the app is already close to completion and with a substantial user base. The goal of startups here is to scale the idea and get more app users, including investing heavily in marketing.

Series A companies have a valuation of approximately $15 - $30 million, with funding requirements of $15 million on average.

Series B apps can already be considered successful by startup standards. This is because they have a well-established idea and are now looking for funding to meet increased demand.

Companies in this stage have a valuation of around $30 million - $60 million, with an average funding requirement of $25 million. Series B investors typically involve late-stage venture capital firms.

Startups in this late-round are those that already have a proven, viable app product. In addition, they have a considerable amount of app users, and it’s bringing in a steady and reliable cash flow.

The next step for them is to scale. This might mean hiring an executive team to handle the business, investing in technology to increase app users, or expanding to a new market. Companies that successfully raise Series C funding are very valuable and have a high chance of acquisition.

Series C startups typically have a valuation of $100 million or more. Capital requirements of $50 million are common, but the sky’s the limit here. To get funding for an app at this stage, you need to tap into outside investors with the resources, such as venture capitalists.

Alternatively, you can also go public with an initial public offering (IPO).

Determining how to get investors for an app starts with knowing who they are first. Let’s look at your options:

Angel investors are one of the first outside investors who typically fund an app during the seed round. They are often high net worth individuals looking for profitable app ideas early on for a maximum return on their investment.

While angel investors can provide a significant cash infusion when you’re starting, they’re also one of the most challenging mobile app investors to get onboard. That’s because you need to convince them that your app will be a success, even if it’s just a concept. Angel investors also use their own money, making them extra cautious about their investments.

Crowdfunding relies on getting smaller investments from multiple people instead of larger funding from a relative few. Usually, these donors are your fans or people who believe in your app idea enough to donate a few dollars.

Crowdfunding can be a fantastic alternative because you get cash infusions without giving up equity, which means you don’t dilute your ownership of the app. Often, people are just happy to donate a few dollars to see you succeed. But often, crowdfunding campaigns offer rewards as an incentive, such as a free subscription or app exclusives once it goes live.

Today, it’s easier than ever to get into crowdfunding with sites like Kickstarter and Fundable.

Venture capitalists (VCs) are one of the largest sources of funding for app startups. They also open up new doors for your company, giving you access to the equity market and other investors.

However, VCs are only interested in startups that already have a proven track record of success. For this reason, selling an app idea to these kinds of investment firms happens only during the later stages of growth.

You also need to know that VCs prioritize quick ROIs more than anything else. Thus, they might ask you to make changes to achieve this, whether adding app features or changing your revenue model.

Bootstrapping is when you fund your app using personal funds without any outside help. The most significant benefit of this approach is that you retain complete control over your app’s direction. The downside is, of course, you also risk your own money should it fail.

Unless you’re a billionaire, bootstrapping is only viable during the early growth stages, where you don’t have the time or effort to get grants for app development. Using your own money can help you create a prototype or MVP much faster, which can help you succeed in later funding rounds.

Incubators are app competitions where founders get the coaching and support needed to refine their idea. If their app idea gets picked, then the incubator can inject funding to take the app to market.

Joining an incubator is highly beneficial, even if you don’t get picked, thanks to the exposure and networking opportunities you’ll get. However, with that being said, receiving funding is extremely difficult because the competition is so tough.

How to Get Investors for an App: Tips for Success

Getting investors is no walk in the park. It takes a lot of hard work, innovation, and a sprinkling of good luck. Here are some of the things you can do to increase your chances:

A minimum viable product (MVP) is one of the most crucial tools to get funding. It’s essentially a proof-of-concept: a tangible form of the core idea of your app. Ideally, it’s a working prototype, but sometimes a mock-up works as a viable alternative.

Speed is the name of the game when coming up with an MVP. You want to spend the least amount of time developing an app that potential investors can demo. Thus, you should only include critical app features.

A substantial base of paying users is the real test of your app’s viability in the market – and a surefire way to receive funding. As a result, it’s a good idea to get adoption from users as early as possible.

There are various tactics to help achieve this, from offering launch discounts or in-app exclusives for the first few users.

As you prepare to pitch your idea to investors, it’s a good idea to know first whom you’re targeting. You can do this with an investor “dream” list or the potential people you’d like to approach for possible funding.

And it doesn’t need to be big names or large VC firms just yet. Sometimes, friends, family, or your retired neighbor looking for investment options are potential prospects.

Get Your Pitch Deck Right

A pitch deck communicates your app idea clearly to investors. Crucial contents include a one-sentence description of your app idea (also known as the elevator pitch), the problem it’s solving, the business model, and the market for the app.

The pitch deck will make or break your chances of funding, so prepare for it as much as you can. You can also look at the decks of successful startups for some inspiration.

You Secured Funding: What’s Next?

If you got funded by a VC or angel investor, congratulations! You’re on your way to app success.

But the real work is only just beginning.

The next step is to make your app a success and fulfill your obligations to your investors. That starts with getting the best mobile app development agency to work on your app project.

And with countless successful app projects under our belt, Expedition Co is the perfect partner to bring your app vision to fruition. Contact us today, and let’s start a conversation about your project.