What is the Difference Between AWS and Azure? 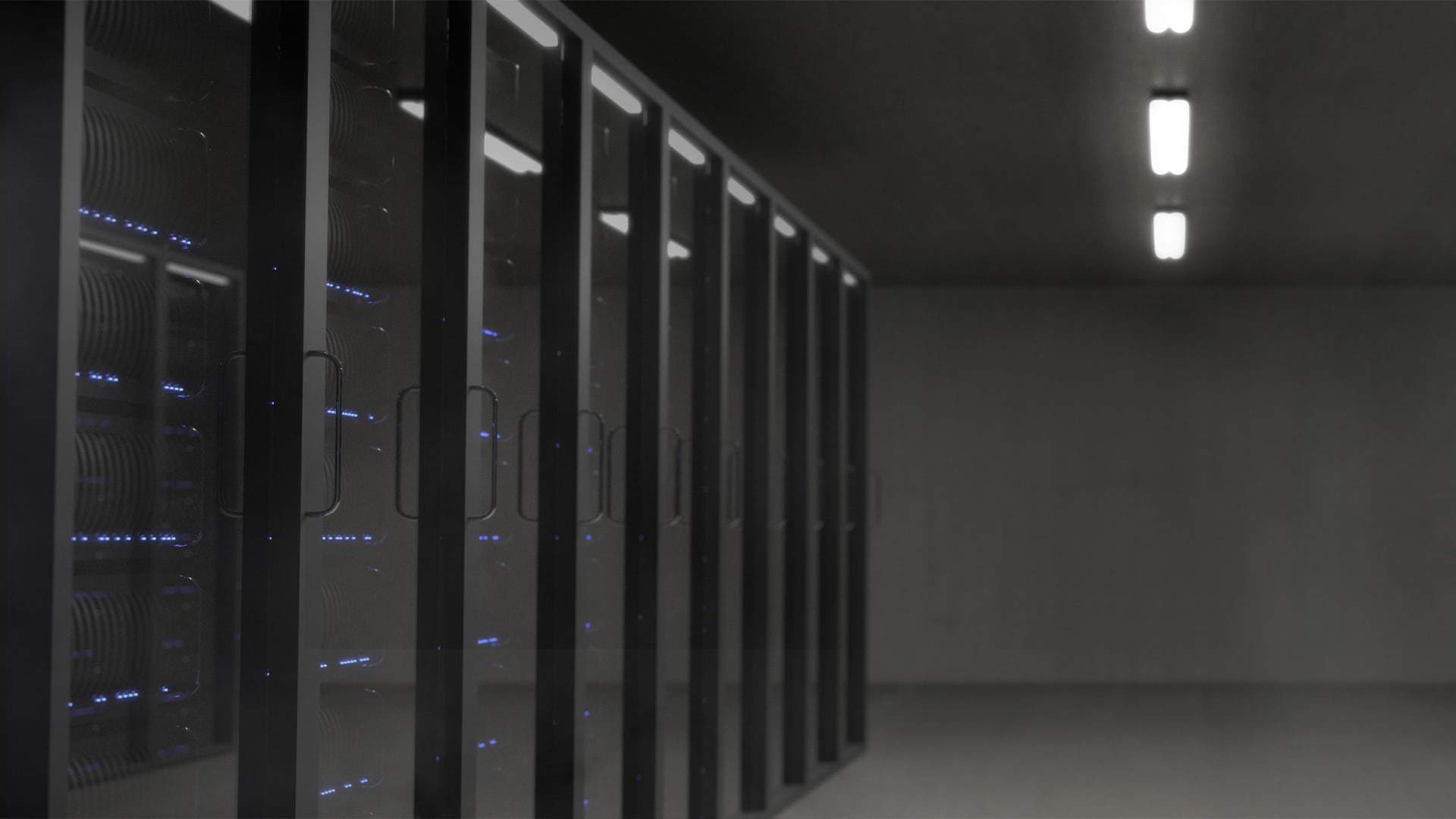 AWS vs. Azure: Which is Better?

With the fast-scaling and cost-effective benefits of cloud computing, more and more companies are moving their data off-premise and adopting an infrastructure-as-a-service (IaaS) model.

And when it comes to IaaS, there are two currently vying for industry domination: Amazon Web Services (AWS) and Microsoft Azure. Both are cloud service platforms from the biggest names in tech. But the question remains – which one is better?

This article will feature a comparison between AWS and Azure, including their pros, cons, and case uses. After reading it, you'll have a better idea of which platform is better for you and your project.

Before making an Azure / AWS comparison, we first need to define what they are and what they can do.

Both AWS and Azure are cloud computing service platforms. They allow you to rapidly build, deploy, and scale applications on the cloud without having to actively manage the resources (like storage and data centers) behind them. It makes infrastructure as a service (Iaas), software as a service (Saas), and platform as a service (PaaS) models possible.

Cloud computing has several advantages. Since resources are on-demand, you can drastically reduce IT infrastructure costs since you only pay for what you need. You can quickly increase your resource needs during peak times and scale back appropriately when traffic dies down, all without investing in the hardware yourself.

Now, let's look into what AWS and Azure are.

As of 2020, AWS is the industry leader in the cloud computing space. AWS was launched by Amazon back in 2006, making it the oldest player in the industry.

Amazon's cloud computing platform excels due to its wide variety of services beyond just storage and computation. Businesses and developers can access over 175 different functions from diverse areas like the Internet of Things (IoT), mobile, networking, and analytics.

The AWS platform uses a metered pay-as-you-go payment scheme, where you only pay to use the services you need. It's similar to how payments for utilities like electricity or water works.

Azure, on the other hand, is Microsoft's answer to AWS. Launched in 2010, the flexible cloud platform is a favorite among enterprise clients and C-level executives due to its compatibility with existing Microsoft enterprise products like Windows Server, Office 365, and Microsoft Teams.

The Azure platform relies on various Microsoft data centers globally using large-scale virtualization. It has over 600 different services that range from computing to data management.

Similarities Between AWS vs. Azure

AWS and Azure offer the same essential cloud computing functions, especially within the core services of computing, storage, and networking. These two services have also been adapting well with emerging technologies like the Internet of Things and serverless applications.

Azure and AWS both adopt a pay-as-you-go scheme, where you only pay for services that you use. There's no lockdown agreement or contract so you can stop using the service at any time. Payment is time-based, with AWS charging per hour while Azure charges per minute. The two services also offer a free trial, so you can test their systems out before buying.

The main takeaway is that the things that you can do with one platform, you can also do on the other. The primary difference between AWS and Azure, then, is on their overall performance.

Differences Between AWS vs. Azure

One of the most significant advantages of AWS over Azure is that it offers a wider variety of services. The former is the more flexible platform of the two, providing more features and better customization with third-party integrations.

Beyond that, the main difference between AWS and cloud platforms like Azure is how they approach their services.

Computing on AWS uses Elastic Cloud Computing (EC2), an easily scalable processing solution. Users can create and customize their own virtual machines (VM) with any memory, power, and size requirement needed. The most significant advantage of EC2 is that it can be tailor-fit for a wide variety of applications.

Azure uses virtual hard disk (VHD) technology for its virtual machines, using virtual scale sets for scalability. While not customizable on their own, Azure VMs can be combined with third-party tools on deployment to extend their capabilities.

Both AWS and Azure also differ on which databases they support. AWS is more flexible as it works with the six most popular database engines, including MySQL, Oracle, and PostgreSQL. Azure users, meanwhile, are locked into using Microsoft SQL. When comparing AWS vs. Azure services in terms of database operations, the former provides more instance types, while the latter is easier to use.

A critical aspect of cloud solutions is the ability to create isolated networks for privacy and security.

AWS does this by implementing a virtual private cloud (VPC), using APIs to allow outside connections. VPCs can be used just like any other network with support for subnets and network gateways. On the other hand, Azure uses a virtual private network (VPN) to create its isolated systems.

Fortunately, both platforms supply plenty of data security precautions into their isolated networks with firewalls.

The biggest strength of AWS lies in its power and flexibility. It offers developers plenty of room for customization and integration, making AWS the tool of choice for complex applications. You have the freedom to pick the OS, programming language, and database of your applications.

AWS services are mature and robust, thanks to its long tenure in the cloud computing market. They excel in security and reliability since Amazon has a lot more data centers with low latency connections. They have thus been the cloud provider of choice for high-profile companies like Netflix.

Amazon Web Services also has better transfer stability and reliability, meaning there is less data loss when moving your files and data to the cloud.

With all of that power, however, comes the biggest drawback of AWS – it's hard to use. Developers universally agree that AWS has a steep learning curve, especially for organizations that haven't used cloud computing before. The sheer number of services makes it hard for anyone to wade through them and find the one they need. It doesn't help that AWS is also one of the most expensive cloud solutions on the market, with a payment scheme that's not always clear to upper management.

Azure is seen as an easier platform to use than AWS, as long as you're using a Windows-based solution with your enterprise system. That's because Azure works seamlessly with Microsoft products such as Windows Server and Active Directory. Moving your entire operation to the cloud is as simple as using a cloud instance with your Windows server to create a hybrid solution.

Thus, the Azure platform is the tool of choice for corporations and enterprises that already use Windows in their IT infrastructure. The cloud platform is also offered as a bundle with other Microsoft products, a marketing move that helps encourage adoption.

However, Azure's biggest problem is that it's a younger cloud platform with issues that still need fixing. One of the biggest problems is its service outages over the years, with a global incident as recently as May 2019. Then there's also the slower technical support of Microsoft, which further worsens the problem.

The breadth of services isn't as varied as AWS, and Azure is generally seen as less enterprise-ready than Amazon's offering.

AWS and Azure Comparison: Which is Better?

When viewed from a broader level, it would seem that AWS is the better choice. It has better and more mature services, a proven track record of reliability, and more flexibility and freedom. AWS also has more servers worldwide, providing better reliability and connectivity performance.

Indeed, AWS is a better fit for bigger companies and software projects, especially those who have teams of experienced developers at their disposal. However, its higher cost and learning curve can hamper, or at the very least slowdown, the adoption of AWS.

For enterprises that are already heavily reliant on Microsoft technologies, Azure is the better choice. It's easier and safer to integrate, plus it's more cost-efficient since Microsoft gives a discount on Azure to existing users of their products.

Azure is also the better option if you don't intend to move your operation to the cloud entirely. This "partial" solution requires a hybrid environment, something that AWS is ill-equipped for.

In the end, the question of whether AWS or Azure is the better platform can be a moot point because it all depends on your company's needs and goals.

If you're starting a new software project or contemplating moving your infrastructure to the cloud, picking a suitable cloud platform is essential to your success. However, it's not always an easy decision to make.

Fortunately, getting expert advice from an agency like Expedition Co can help make the process easier. Contact us today to discuss your next project and discover how our web development services can help you reach your business goals.