App Monetization: What It Is and How to Do It 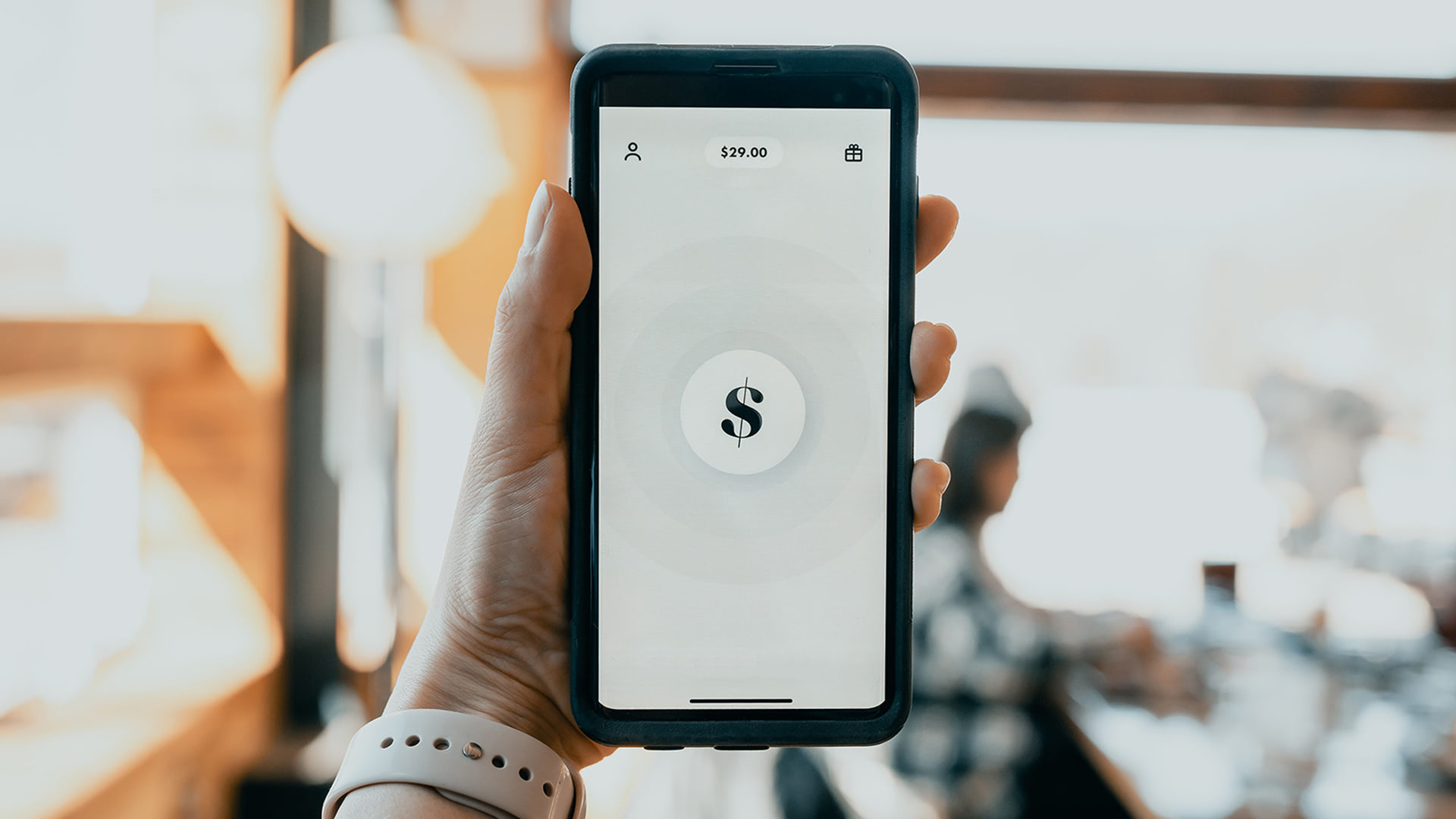 Developing a winning app idea is only half the battle when it comes to app success. The other (and arguably harder) half is how you’ll actually earn money from it.

This is your app’s revenue model, better known as the monetization strategy.

And with a thousand apps vying for people’s attention, it’s getting harder than ever to convince users to part with their hard-earned cash.

With that in mind, we’ve created this helpful guide for you to enhance your monetization efforts.

But before we discuss how to monetize apps, let’s briefly discuss what monetization is.

What is App Monetization?

App monetization is simply the way your app generates revenue. And just like any business, your app needs a steady flow of cash to survive and grow.

Nowadays, monetizing an app isn’t as simple as asking users for payment upfront (although it’s still a viable option). Users are so used to downloading apps for free that doing this isn’t effective anymore. As a result, there is a myriad of creative ways to get around this.

However, it’s essential to know that monetizing apps generally detract from the user experience. That’s why it’s vital to strike a balance between earning revenue and delighting users when determining how to monetize an app.

With so many different types of apps out there, it’s no surprise that there are multiple ways to monetize an app. Some are best suited for specific apps, while others are used across all types. Developers even opt for hybrid mobile app monetization by combining different strategies.

Freemium refers to apps that users can download and use for free. However, some advanced features are locked and can only be accessed with a paid subscription. Some freemium apps also work on a “free trial” basis, where the user can use the full app but only for a limited time.

The freemium model is one of the most common app monetization models today because it’s so effective.

Thanks to the proliferation of free apps on the Apple App Store and Google Play, people are generally averse to the “pay before you use” model. Freemium’s “use before you pay” approach lets them experience the app right away. The intention is that they’ll get hooked on your app, so much so that they won’t mind paying for a subscription.

Subscriptions are also excellent because it’s a constant cash flow to the business. That means they’re also predictable, making accounting and forecasting so much easier. And because the user has already tried the app before paying for it, there’s a higher chance their sticking with the app, leading to better retention and lower churn rates.

Of course, the biggest challenge with a freemium app is to design an experience so engaging that users are willing to pay for it. There’s also the risk of most users not opting for a subscription and staying with the free version.

To succeed, your subscription model must offer enough value that makes it worth it for users to make the jump to being paying subscribers. It’s also a good practice to offer multiple subscription tiers with gradually increasing features and prices.

Some of the best examples of freemium apps include Tinder, Headspace, Spotify, and cloud storage services like Google Drive and Dropbox.

Whenever you see an app that’s entirely free to use, chances are it’s using in-app advertising as a monetization model. The idea is simple: advertisers get to show relevant ads to these users in exchange for a free app. Then, every time the user clicks on an ad, the developer earns a specific dollar amount.

Advertising is the most straightforward way to monetize your app. You don’t need to do much to set it up, as ad networks will handle most of the setup process for you.

However, in-app apps can be problematic because most users find them annoying, negatively affecting your user’s experience. Furthermore, you can only get meaningful ad revenue from apps with a large user base. So, if you’re just starting, expect little to zero income from it.

Because of these reasons, you might be better off complementing advertising with another monetization strategy. For example, you can provide an in-app purchase or subscription scheme that allows users to pay to turn ads off.

You can also try to incorporate rewards into your app advertising. You’ll often see this in games, where you can gain a significant advantage every time you watch a video ad.

This monetization strategy is similar to the freemium model in that users can download and use an app for free. With this model, though, users can purchase virtual or physical products that can provide a better user experience.

In-app purchases are the most common and monetization model of choice for free-to-play games. Players can typically pay for more lives, better equipment, extra powers, or a host of other in-game advantages.

Like freemium apps, the most significant benefit of using the in-app purchase model is that it allows the users to experience the app for free. It’s also one of the easiest ways to gather a large user base quickly.

A mistake with most in-app purchase monetization apps is that they give too much attention to paying users. The key is to strike a balance because if most of your non-paying users leave, paying users will too.

On the one hand, paying users need to get significant value from their purchases; otherwise, they won’t buy again.

Alternatively, you must also keep the app interesting enough for non-paying users, so they continue using it. Games, for example, need to be addictive and engaging even without paid advantages.

Some of the most popular mobile games use in-app purchases for monetization, such as Candy Crush, Pokemon Go, and Clash of Clans.

Paid apps are those that require payment before they can be downloaded. This is the classic “pay before you use” model traditionally used by the software industry.

The most significant advantage of paid apps is that they can give users a fantastic app experience. That’s because you don’t need to worry about putting ads, disrupting gameplay balance to incorporate in-app purchases, or otherwise sacrifice app quality just for monetization’s sake.

But that same advantage is also the most significant challenge with paid apps. Due to the pay barrier, it’s harder to build up a considerable user base. To make it work, you need to offer an app experience unlike any other. If your app’s functionality is similar or inferior to a free alternative, you won’t get many downloads.

Some of the best examples of paid apps include A-list games like Minecraft and Monument Valley.

Data monetization is an emerging strategy that allows you to share your app users’ data (legally and ethically, of course) with a third-party company. In exchange, you’ll get a specific fee for every data you transmit. These collector companies are often advertisers but can also be telecom companies and research firms.

The best reason to use data monetization is that it’s mostly a “silent” process. Users aren’t bombarded with ads, nor do they have to pay anything. That means you can focus on the app experience without worrying about generating income – a win-win for both you and your users.

And despite concerns around data privacy and security, data monetization is relatively safe. That’s because you control which data you want to share.

But as with anything that deals with user data, it’s vital that you do it the right way. That means getting users’ permission before sharing their data and adhering to data privacy regulations like GDPR.

Transaction fees are a relatively new type of app monetization strategy that came about with the popularity of FinTech and eCommerce apps. However, as a general method of monetizing, it isn’t actually new.

The idea is that the app developer gets a certain percentage for every transaction that happens in-app. So, for example, if you have a cryptocurrency exchange app that converts Bitcoin into U.S. dollars, you can get 0.5% of every transaction.

The benefit of transaction fees as a monetization strategy is that it’s fantastic for scaling your revenue. That’s because you automatically profit from every user that comes into your platform. As a result, user growth has a better correlation with revenue growth.

It’s also easier to expand your user base because there’s no “paywall” involved. As long as your app is easy to use and your fees reasonable, there’s no reason for users not to use your app.

Some of the best examples of transactional apps include financial apps like Coinbase.

No matter which monetization strategy you use, success relies on one thing: providing an engaging app for users. After all, if they don’t commit their time to use your app, why would they spend money on it?

At Expedition Co, we have years of experience crafting the best app experiences across industries and niches. Our full range of mobile app development services can create rich user experiences for iOS and Android platforms. If you need help with your app project, get in touch with us today!